Of the many great figures in Philadelphia golf, John Wood Platt was one of the most successful, and certainly one of the most colorful. He was one of the area’s best amateurs and even found success on the national level. He worked diligently in his role as a golf administrator. Platt also was one of the most loved personalities in all of golf and his practical jokes and unique observations were the stuff of legend. Yet his name will always remain synonymous with the caddie scholarship program he organized.

Born on April 16, 1899 Platt began playing golf at the age of nine. He possessed a great deal of natural talent and won the first two tournaments he entered. At the young age of 20, Platt established himself as one of the nation’s top amateurs after he defeated Francis Ouimet in the 1919 U.S. Amateur during a rain-soaked playoff. While he did not win the U.S. Amateur that year, or any year, the victory was a sign of great things to come for Platt.

In 1921, a year after he won the first of many Philadelphia Amateurs, Platt and five other amateurs sailed over to England for a team match against Great Britain’s best amateurs. Other members of the U.S. team included Ouimet and a young Bobby Jones. This team match was an informal tournament, but would become the Walker Cup the next year. The U.S. team won easily, but Platt suffered losses in both his matches. Platt suffered another setback in England when an injured leg forced him to sit out the 1921 British Amateur.

In the 1930s, Platt found a great deal of success, but not as much as in the past. Still, no one was surprised when the name Woody Platt sat atop the leaderboard. In 1931, Platt won neither the Patterson Cup nor the Amateur, but still managed to capture his fifth Silver Cross. Then, four years later, Platt earned the only title that had since eluded him, the Pennsylvania Amateur. A member of Aronimink at the time, Platt won the Pennsylvania Amateur on his home course by a comfortable margin of 4&2.

Platt ended the 1930s with a demonstration of complete dominance and superiority. He swept through the field in the Patterson Cup and the Amateur and easily won the Silver Cross. Platt played just as well in 1939, winning the Patterson Cup and the Amateur and receiving his seventh and final Silver Cross. The victory was especially sweet, as the site for the Amateur was the extremely difficult eighteen holes of Pine Valley. Platt remained undaunted, and went on to post a record low 36-hole score for amateurs with his 143. Platt in some way possessed a formula for handling Pine Valley as he played the first four holes in an incredible 6-under-par some years later. However, he walked off the fourth green, with the statement that he couldn’t do better, only worse.

The year 1942 saw the end of Platt’s reign over Philadelphia Amateur golf. His seventh and final victory over Duff McCullough came 22 years after his first Amateur victory.

While his golf career may have been winding down, Platt’s contributions to the game were only beginning. In 1945, he became a member of the Executive Committee of the Golf Association of Philadelphia and served for six years. Then in 1951 he was elected President of the Golf Association. Two years later, he stepped down, and once again served on the Executive Committee. In 1955, he was once again elected President. That same year, Platt finally captured his first national championship. He did so by easily winning the inaugural U.S. Senior Amateur.

At this stage in Platt’s life, he was committed to putting an idea of his into effect. He was well known throughout the area for his generosity to caddies. Many of the older caddies were homeless and Platt was more than happy to assist them whenever he could. But, he grew determined to aid high-school age caddies who desired a college education. Platt wanted to institute a program with all area clubs contributing toward the scholarship that would be overseen by a single governing body, the Golf Association of Philadelphia. In 1958, Platt and a group of other supporters collected the money and searched for a deserving candidate. Owen Doyle was selected to be the first recipient of the caddie scholarship, and he used the $1,500 grant to attend Notre Dame University. The next year, three more caddies received tuition assistance and the program was turned into a charitable trust.

The easiest part of creating the program was giving it a name. No other golfer in Philadelphia could match Platt’s achievements in golf, administration, and caddie relations. No other name could more perfectly exemplify the mission of the scholarship program. Today, the J. Wood Platt Caddie Scholarship has distributed more than $10 million to 3,000 caddies hoping to gain a college education. 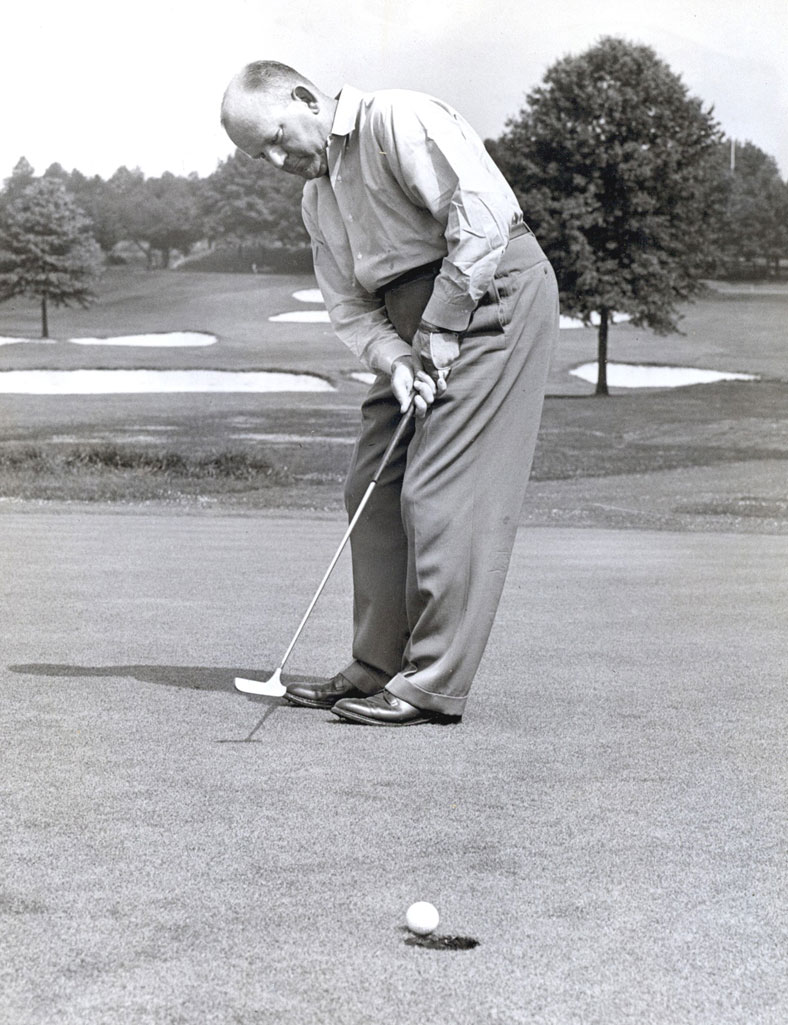 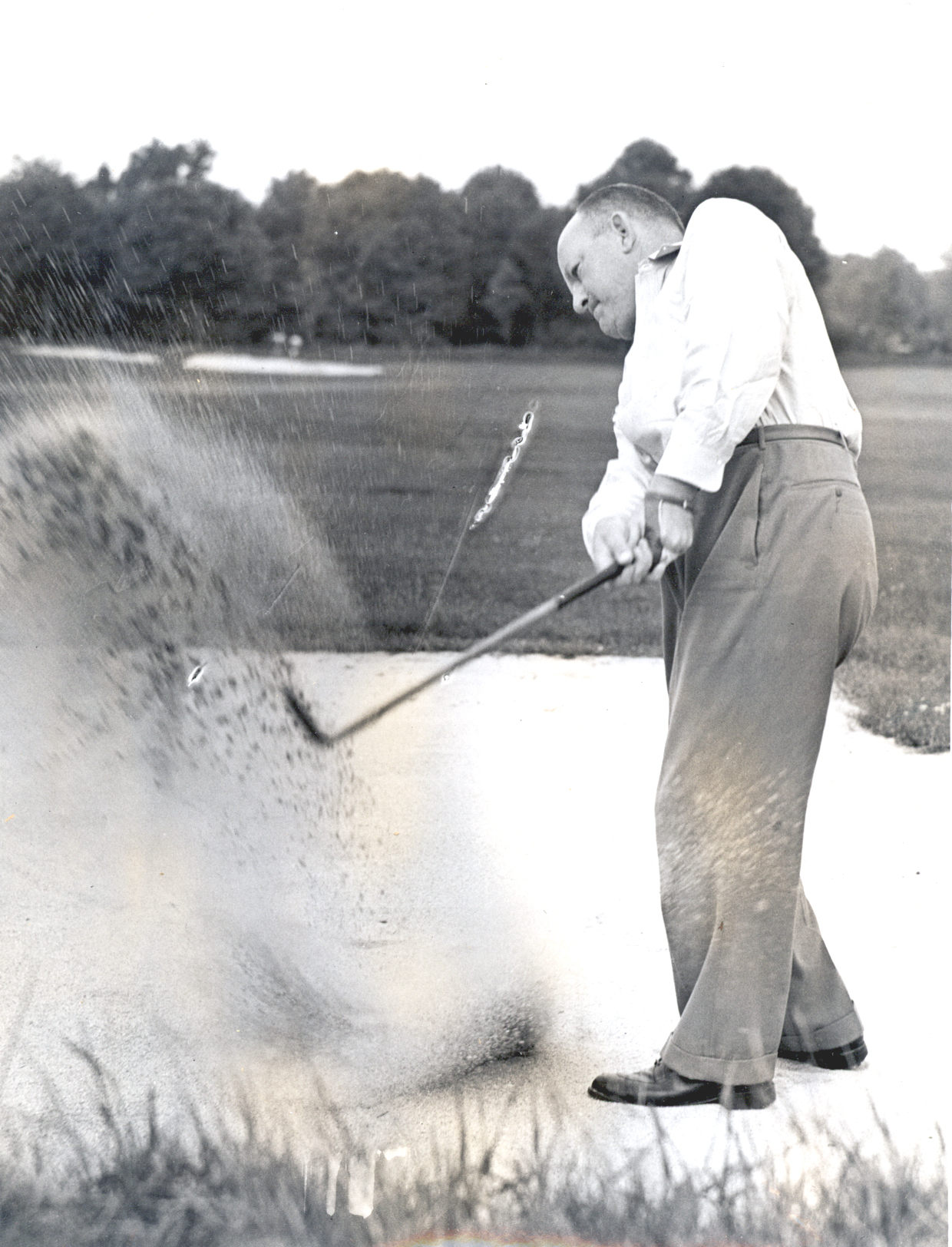 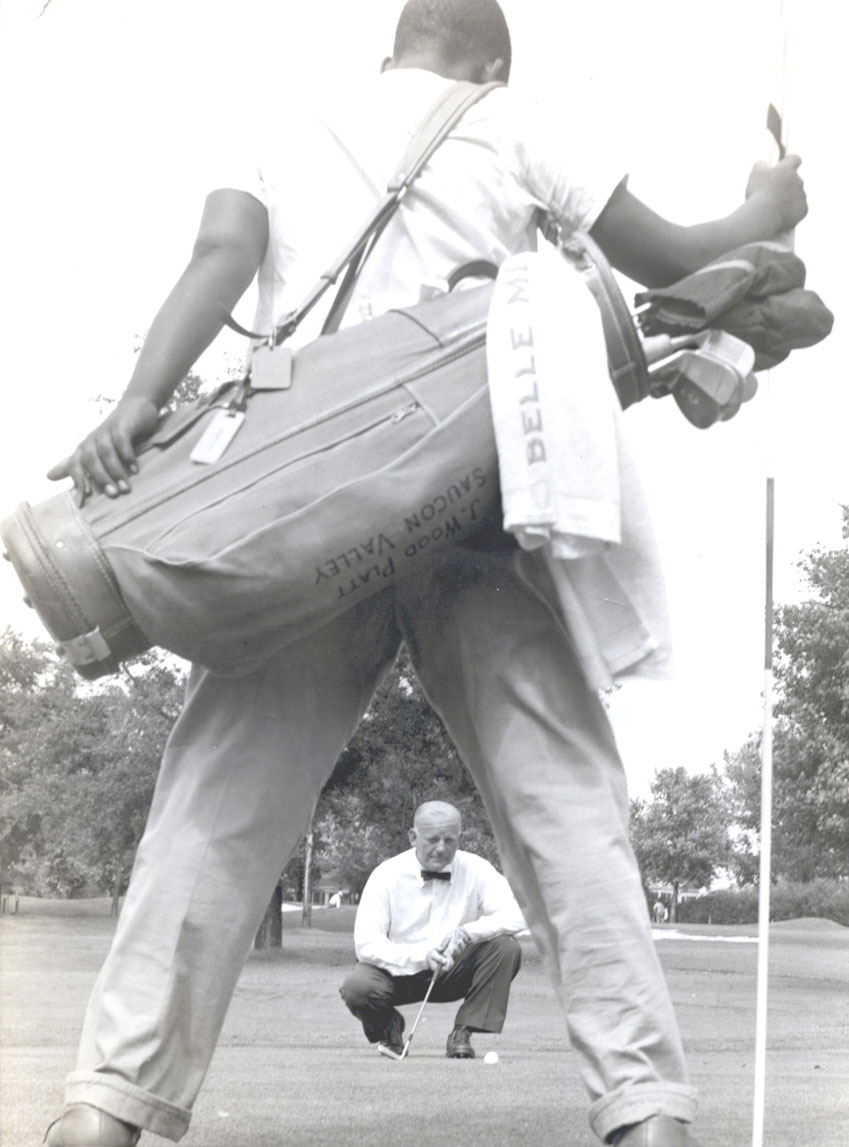 Raise in Manayunk but born in Yorkshire, not Scotland

From a Methodist Family who was very strict on Sundays

When he played, he had someone follow him around with a cooler of ice water to put on his neck and cool off

He had two heat strokes, the first when he was about 23 years old

He was not known for being a great putter

Never took a practice swing on the course

His first known victory was at age 16

One Caddie, One Golfer,
One Future At a Time.